I drove by an old Hollywood Video store this weekend I couldn't help but reflect on the rise-and-fall of of both Hollywood Video and Blockbuster. If you Google these two companies you'll likely read about these corporations as "casualty of the economy" or "casualty of NetFlix". While some of that may be true, I think it is very likely that something else caused both to crumble."

If you Google these two companies you’ll likely read about these corporations as “casualty of the economy” or “casualty of NetFlix”. While some of that may be true, I think it is very likely that something else caused both to crumble.

##A choice of two

Look back to 2005. Hollywood Video dodged a hostile takeover from Blockbuster and sold to Movie Gallery for close to one billion dollars. Not too shabby eah?

So there were two big movie rental corporations in a giant battle for movie rental dominance. Both companies, one could say, destroyed the small family-owned movie rental business. Companies at this size could under-cut the ma-and-pa shops; there was nothing they could do. America, for a period of time, had really only two options for movie rentals; Blockbuster and Hollywood video. I remember you could also rent movies from your local grocery store (Bashes, Fry’s, etc) but I always felt like a second-class citizen doing that. Oh how times have changed. I have no problem renting from a RedBox at the same grocery store today. Funny how that works.

For these two giants, popularity would soar but not because customers loved these brands; they were just the only option. You could get new movie releases as soon as they came out, which was awesome, but they also had an evil side that made people’s blood boil hotter than 1,000 suns.

I remember paying a ton of money in fees over time. I also remember that at one point I had more money in fees than it would cost me to buy the movie from them. That never made sense to me. I understand fees, don’t get me wrong. They provide a service (movie rental) for a period of time. If you don’t return your rental, they could loose money by not renting that movie out to someone else. The downside to the fee thing is a deep inner-hatred that your customers will build towards you. However, they will keep coming back because everyone loves movies and there are only two places to purchase them from.

So we have two corporations raking in major cash. They are absolutely killing-it in late fee income. But what else are they doing? Nothing?

The most obvious thing here is to ask “what were you thinking building a business around a late fee revenue model?”. In 2005, if asked that question, the response from executives might be something like “We’ve been doing it this way for XX years and look how profitable we are!”. Enter corporate smug. I think history, especially in the tech, music, and movie industry, shows that you can’t get cocky. There will always be someone, or something out there that can take you down in an instant. You can literally go from billionaire to broke overnight.

I think it’s safe to say that NetFlix didn’t kill the movie rental industry, but rather it was the combination of the Internet (include NetFlix in that umbrella), and a deep-seeded hatred from it’s customers over ridiculous late fees and new companies with fresh and new ideas about how to improve the movie rental experience. I remember when I first got my NetFlix account I was not that impressed. Blockbuster still had the newer movies that I wanted to see. NetFlix did have something that I loved; no late fees. They were automatic winners in that regard.

So why did the big corporate movie rental businesses fail? In my opinion, it’s simple. They pissed off their customers and failed to innovate and respond to change. By the time they saw NetFlix as a threat, it was too late. They copied the NetFlix model and offered movie rentals online but it was too late. Nothing they could do would erase the hatred and resent that their customers had over the years-and-years of late fees. They also copied RedBox and rent movie out of kiosks but it doesn’t matter because they are still Blockbuster and their customers still resent them for the previous years of late-fee hell. Their best shot would have been to spin it off into a new company with a new brand. 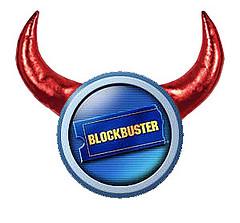 This is what happens to cocky corporations who fail to innovate and change. They missed the Internet threat because they were not looking for it; they were happy raking in that cash while pissing customers off. Some might ask “how can you see threats that aren’t real or visible yet?” - well, it’s not hard really. You employ people who’s passion it is to innovate and grow the company and provide excellent customer service. We have this same problem in software development when testing applications. We have to test for bugs that we don’t know about. We have to test for scenarios that we haven’t though of or that aren’t realistic. We call this edge testing. You have to employ people who’s passion it is to edge test and make sure the product is perfect. You have to be consciously looking for things in the dark. You have to always be looking for ways to improve and to grow and to make more money and happy customers, otherwise you WILL FAIL. It might not be tomorrow and it might not be 50 years from now, but at some point, it will happen. It’s inevitable.

You might find that these failures are cited as “the economy” but make no mistake about it, there is more to it than “the economy”. KB Toys didn’t file bankruptcy because the economy took a shit. They failed because of competition and a lack of innovation. For 85 years they were king. But you can’t run a corporation like a kingdom because someone else will take all your customers and all your money unless you stay ahead of the game.

Invitation, and fresh ideas on how to improve are key but so are core values and company strengths. Maybe Hollywood Video thought about it’s core strengths and said “You know, we should stick to what we are good at. Keep that late fee model going”. Just because you have a core strength doesn’t make it good and it doesn’t mean it will last. You have to consider everything and at the end of the day if the result doesn’t equal improvement, you fail!